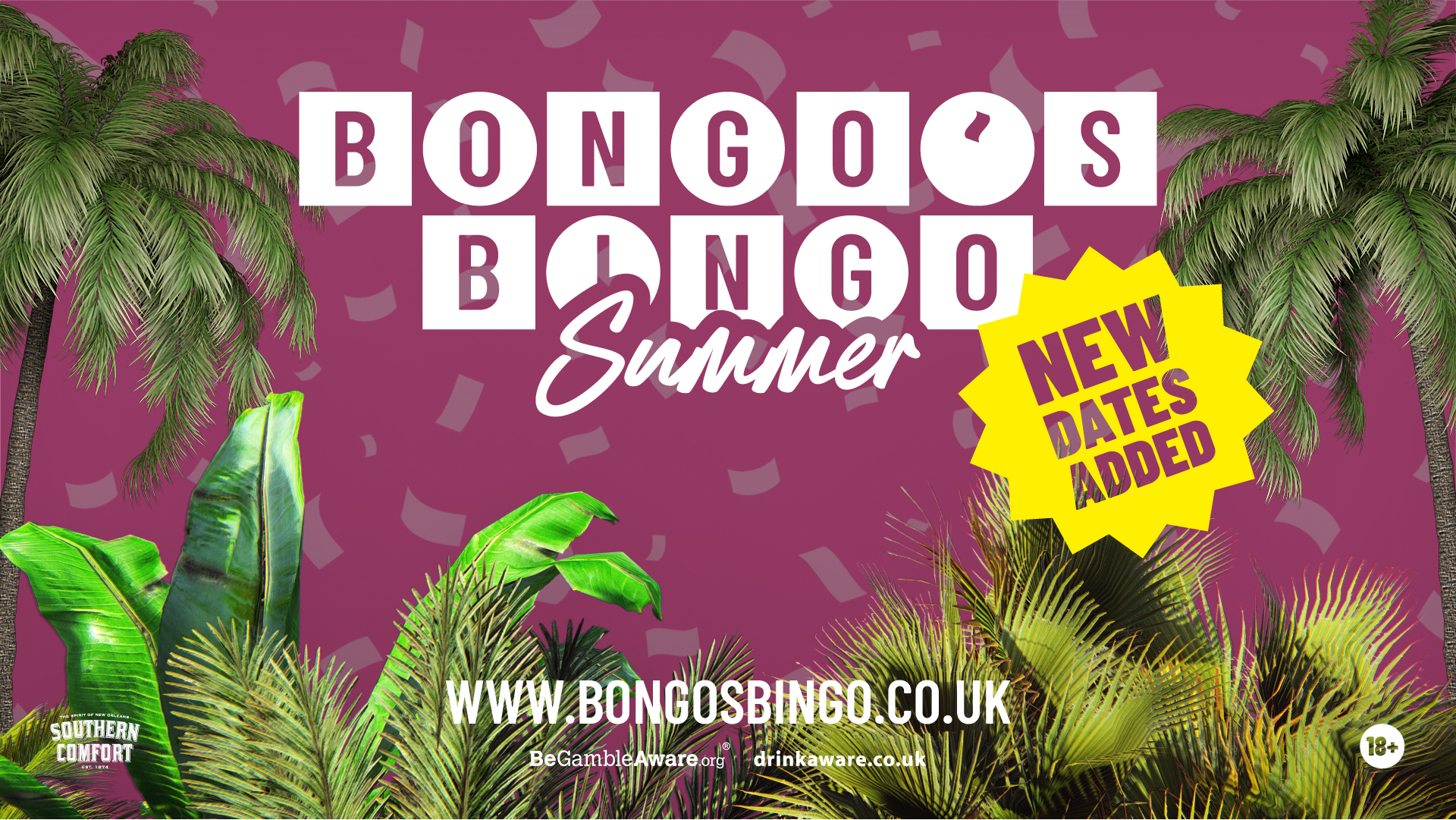 2020, what a year. You were all set with your tickets for Bongo's Bingo and then covid-19 showed up and we had to postpone your show. Gutting!

A huge thanks to you for your patience as we've worked to bring shows back, we really appreciate it. We're made up to tell you that we're all set to release our second wave of summer 2021 tickets and you get first dabs...

Exclusive ticket release for Bongo's Bingo Credit customers is on Friday 20th November at 10am.

These shows will be exclusive to credit customers for 24 hours and go on general sale Saturday 21st November at 10am.

This is just our second release of 2021 events with more venues and dates to be announced soon. Our sizzling summer events are dates from June to August at the venues listed below.

Never miss a show again! Update your postcode below to ensure you get ticket announcements for your closest Bongo's Bingo: