KELIS RETURNS TO BONGO’S BINGO FOR THE OPENING OF NEW LIVERPOOL VENUE, CONTENT 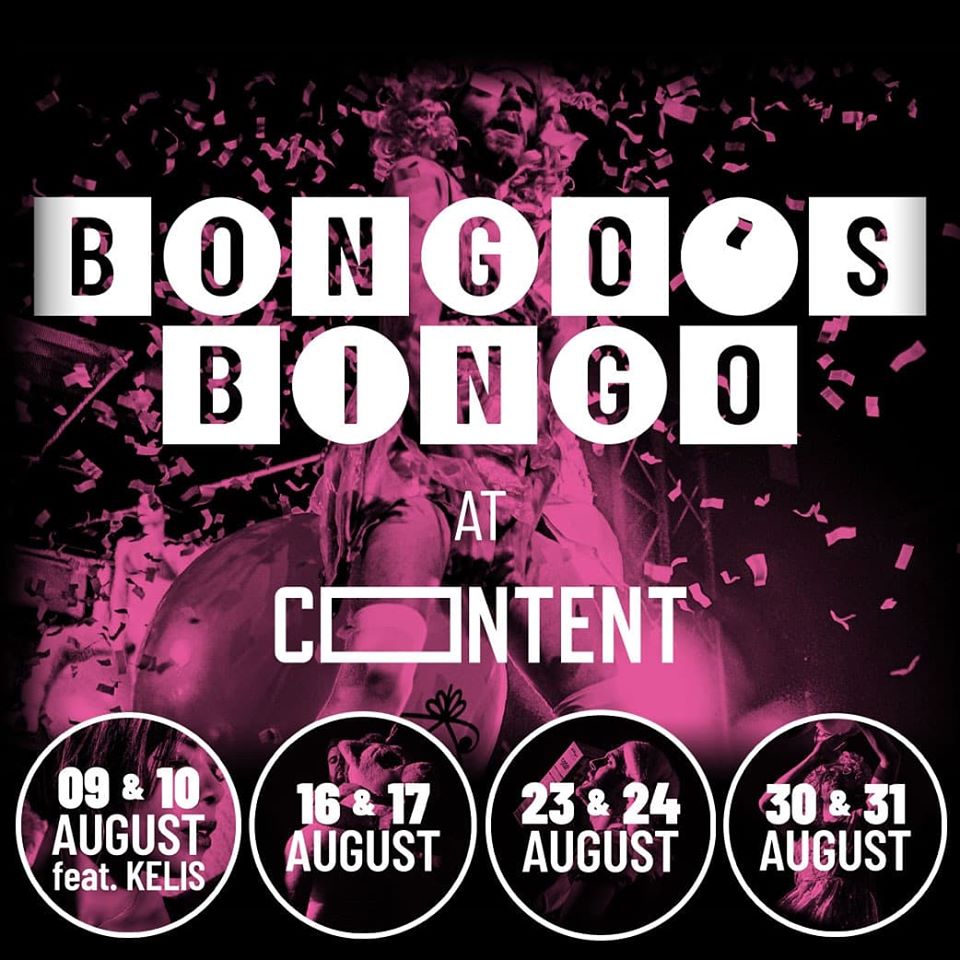 KELIS RETURNS TO BONGO’S BINGO FOR THE OPENING OF NEW LIVERPOOL VENUE, CONTENT ON AUGUST 9TH AND 10TH

This August we welcome back international superstar, Kelis who will be joining us at the launch of the Baltic Triangle’s brand new state of the art venue, CONTENT on August 9th and 10th.

Tickets for these eagerly anticipated dates are in very high demand, with Saturday 10th already sold and the event on the 9th expected to follow shortly.Tickets can be purchased via our website.

Tickets for Saturday 10th August have already sold out but there is still a limited number available for Friday 9th. Tickets can be purchased via our website.

We can now reveal that CONTENT, a centre of music, arts, drinking and eating, will be the new Liverpool home of Bongo’s Bingo.  Following on from our launch weekend with Kelis, we also have 3 other weekends of shows throughout August; 16th, 17th (sold out), 23rd, 24th (sold out), 30th and 31st (sold out).

The sensational Kelis is making a very welcome return for the grand opening of CONTENT on Friday 9 th and Saturday 10 th August. When Jonny Bongo and Joshua Burke created Bongo’s Bingo back in April 2015, they never foresaw American superstars dropping in to join them to party. And yet incredibly Kelis is back again in Liverpool at Bongo’s Bingo. Years of chart dominating songs and thrilling, boundary pushing music has resulted in millions of albums sold and numerous top 10 hits. She has released six albums, won Brit, Q, and NME Awards, and been nominated for two Grammy Awards. Kelis has toured every corner of the world, performed at every major festival, and shared the stage with the world’s top artists, and alongside her music she is also a Le Cordon Bleu trained chef.

Jonny himself is hosting all 8 shows throughout August, with more dates to be announced soon for September and into the Autumn.

Never miss a show again! Update your postcode below to ensure you get ticket announcements for your closest Bongo's Bingo: